One year ago yesterday I decided to begin a healthier lifestyle.  I ate better (mostly), drank less (I tried), upped my water intake and started some natural supplements (I'm old).  At the time, my hubby was on board with me, and we both lost about 20 pounds rather easily and felt really good about that.  Except...I was still way overweight.

When I moved to Nebraska in 2007, I weighed 63 pounds less than on 1-11-11.  SIXTY THREE.  As I type that, it's embarrassing and definitely something to be shameful about.  I remember our first summer here in the land of all things beef...and being excited about grilling steak and burgers and even wrapping most of the food in bacon.  I experimented quite a bit with food, and ate all of it...happily.  I recall saying in a joking manner "Nebraska is making me fat", and as I said that, and the more I said that...the more acceptable it became.  Then, I got fat, for real fat.

So, then I'm the fattest I've ever been and eating whatever I want, like that's really 'ok'.  Adults really CAN'T eat whatever they please.  Or shouldn't.  Or maybe I shouldn't or shouldn't have.  Then it happened, that 'moment of clarity' that hits you like a Mack truck.  I saw a recent picture of me with 57 chins and tiny eyes and my face looked squished with my features being swallowed by the fat.  Not to mention the fat on my...I'll stop there.  I chipped the dust off my scale and weighed in and I was totally surprised but not really.  The scale confirmed my nightmare.  Fat.

It was early in the new year and as much as I hate being on the new year resolution bandwagon, I knew it was time to change.  A special date was approaching (1-11-11 (and Grace, I love you) ) and it was time.

Fast forward to April, after I had pretty easily lost 20 pounds, the weather was getting better.  I had been running about 2 times a week, short miles, cold miles, but SOME cardio is better than none.  I kept running.  I'd gain a pound, then lose 2.  This was pretty much my story until July, I ran a local 5K and hated it, I felt slow and weak, but it was an accomplishment.  Then  I got so sick, I almost died.  Ok, not really DIED, but it was the sickest I think I have ever been.  I was literally in bed for three weeks.  Completely debilitated, totally out of commission.  Eventually, little by little, I regained strength, but I was sad that I knew I had lost my running stamina and the push up strength I had gained by doing the 100 push up challenge.  I had to get it back, all of it.

I started out with some dinky runs.  I quickly realized that I don't want to run 5K's...I want to run 10K's.  So began a new goal and new training and I loved it.  How could I ever run 6 miles?  But, I did.  Then 7 then 8 and then I started flirting with a new goal.  We flirted in my mind off and on in November.  Then the flirting got pretty serious in December, and by mid December...we took the flirting a step further and entered into a secret and exciting new affair.  We were into it.  I was head over heels in lust with this thought.  I was craving it.  Who knew I'd want to run 13.1 miles so badly.  A half marathon.  A mini.  WHAT.  Yes, I will be running at least one half marathon in 2012.  ME.  I will.

One year later and 45 pounds lighter....I'm officially 'training' for my first half marathon.  My support system is crazy insane.  I have met MANY incredibly supportive, helpful and awesome runners on Twitter.  I couldn't do what I do....without it.  But mostly, I credit a great friend, Bob Myer for EVERY BIT OF RUNNING ADVICE up to this point. He's been a huge source of support and such a positive influence.  We went to high school....different years but same school at the same time.  I'm older *cough*.   He even lives about an hour away from me, although I haven't seen him in years.  He's awesome and I'm pretty sure without him, running wouldn't be what it is to me now.  Many, many thanks, Bob.

And?  Erin.  My sister's friend, Erin.  We met via Twitter, and she's been a critical part of where I am now. She encourages me, pushes me, MOTIVATES me.  She is so motivating.  You are so awesome, Erin, I thank you from the bottom of my running shoes.  Thank you. 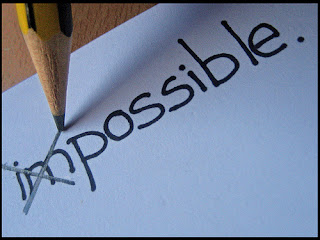 Posted by Lori @ Hit the Ground Running at 3:06 PM